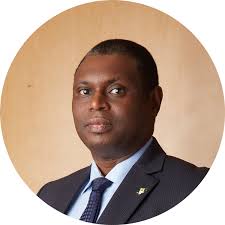 Of all known developmental policies formulated and pursued by past or present Nigerian government, none has featured prominently in successive administrations like the concept of economic diversification. In fact, it is a consensus among economic authorities that diversification is the way forward for sustainable growth and development. By every reason, Nigeria’s age-long dependence on petroleum revenue needs to be reoriented towards multi-stream income sources.

Consequently, the creation of National Lottery Trust Fund, NLTF, a Federal Government Agency established by law with a mandate to promote access to lottery funding for good cause, is a welcomed development that continues to receive commendation from economic observers and stakeholders. The reason is that Lottery as a fiscal component if pursued and administered in sensible ways, can represent a huge source of funding of government enterprises.

An international survey of the economic potential of Lottery shows that it generates significant public revenue, much of it from the lower part of the income distribution and operates across the world with larger capacities in Spain, the United Kingdom, Ireland and across several Australian and US states. As it increases in importance in other African countries of Morocco, Cote de Voire, Togo etc, Nigeria cannot afford to be left behind.

Though, past leadership of the NLTF performed well in laying solid foundation for the smooth take off of the all-important organs in terms of establishing administrative units, recruitment of staff and capacity building, there are obvious indications that present leadership has recorded tremendous progress. This progress is necessary to attaining the mandate of the agency thereby making Nigerians now feel the direct impact of the NLTF as well as bringing its activities to lime light.

Headed by a seasoned administrator who believes in corporate governance, Dr Bello Maigari, as the Executive Secretary, the agency is fortunate. Indeed, under Maigeri, virtually all units of the agency has gradually won a new look of efficiency and effectiveness. It has witnessed some positive changes in line with President Buhari’s change mantra.

There is no gainsaying that under Dr Maigari as the Executive Secretary of NLTF that activity of the agency have undergone what scientists will refer to as catalysis, i.e., increase in the rate of developmental projects in the organisation. This has seen the NLTF touching more lives even in the rural communities as well as expanding its capacity to meeting revenue targets.

For instance, NLTF recently distributed medical equipment to seven communities to support healthcare development. This is in recognition of the fact that ‘’a healthy nation is a wealthy nation.’’  While commenting on the development, the Executive Secretary, Dr Maigari said the distribution of the medical equipment was in line with the agency’s 2018 plan, adding that the intervention was to alleviate the medical challenges faced in primary health care centres in the rural communities, and to improve their wellbeing. He listed the equipment distributed so far as follows: X-ray machines, Ultra sound machines and drugs, among others.

“Our focus is to carry out intervention in health and we have been to about seven communities now, donating world class medical equipment such as X-ray machines, Ultra sound and others. “For some reason, these equipment are completely absent in some of the health care centres, some of them don’t even have any medical equipment and it’s a shame such a thing exist in Nigeria.

“The intervention of NLTF is bringing succour to Nigerians and we are moving from community to community, we were in Jega in Kebbi state, Toro in Bauchi and Umezuoke in Ebonyi. Recently we were in Daura in Katsina, Cross River, Hong in Adamawa and some suburb communities in Lagos state, whom we discover need this equipment critically.’’

He further explained that the agency distributed the equipment based on the needs of the community, adding that they carry out needs assessment before any intervention. Maigari said the trust fund was charged with the responsibility of promoting good causes in Nigeria and was also intervening in grassroots sports development, water and sanitation, among other social services.

He stated the agency periodically monitors and evaluates the utilisation of the equipment distributed to track the progress of the project. According to him, if the outcome of the post impact assessment is positive, then it will be replicated in other places but so far the reports have been positive.

This distribution of medical equipment is coming not long after the agency distributed ultra-modern sports equipment to schools across the country to support grass-root sports development- an investment that has received commendations from many Nigerians in view of the contribution of sports to the Nigerian economy.

With many of good course projects being implemented, some on-going and many more in prospect, it is therefore not surprising that key players in the economy are showing more interest in the sub-sector prosperity. For example, the Secretary to the Government of the Federation, SGF, Boss Mustapha recently expressed Federal government’s interest in revitalizing the lottery industry as an additional source of income.

The SGF made this known while speaking at the inauguration and presentation of medical equipment donated by the NLTF to a General Hospital, in Toro, Bauchi State, explaining that the move was in consideration of the current instability in the prices of oil and world economic downturn.

Represented by the permanent secretary, special duties in the office of the SGF, William Alo, Boss Mustapha explained that “The Federal Government is saying today that wherever the needed resources may be, this administration led by President Muhammadu Buhari will find them, harness them, and apply them for the benefit of the generality of the Nigerian people”.

According to him, ” Having made a careful study of history and the happenings in other jurisdictions as stated earlier in this address, the Federal Government is convinced of the enormous potential which lottery holds for the development of this nation”.

He therefore urged persons and organisations licensed to engage in the national lottery to sit up and perform or have their licenses revoked.

In a similar development, the House of Representatives was attracted to the activities of  NLTF when it vowed  to leave no stone unturned in ensuring the recovery of about N1.4 trillion unremitted lottery revenue  the house believes are held by operators.

This came as House committee on governmental affairs led by Hon. Hussaini Sulaiman was probing into the problem associated with revenue losses in the sector from 2005 to date. It noted that it was unfortunate that lottery operators have been unfair to the country by their unpatriotic conduct.

The Executive Secretary of the National Lottery Trust Fund, Dr Bello Maigari, while making his presentation before the lawmakers confirmed that the nation’s lottery market was worth N1.5 trillion adding the absence of regulatory framework and the nonchalant attitudes of operators were among the challenges faced in the sub-sector.

He however described the N7.6 billion revenue accrued from the operators to his agency charged with the responsibility of administering the fund on provision of social amenities as grossly inadequate. The Executive Secretary therefore enjoined the lawmakers to put in place measures to bringing those who default in the payment of revenue to book.

Though lottery is still at its evolving stage in the country, the performance of NLTF within its few years of existence indicates the future is bright for the industry especially given the enormous population. This is more so of the man at the helm, Dr Maigeri. He has since assumption of office set the agency on a path of sustainable growth, critically mainstreaming various elements for progress and efficiency of the agency.