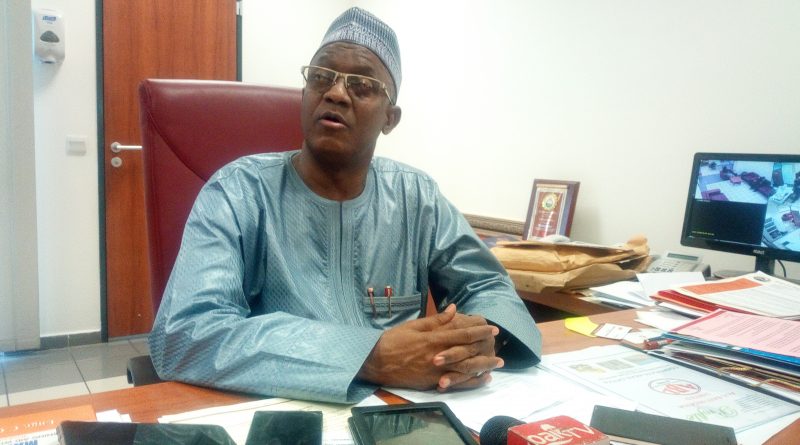 Sen. Kabiru Barkiya has appealed to the Federal government to provide the necessary infrastructural facilities especially power supply to local textile manufacturing companies in order to revamp the sector.

Barkiya, representing Katsina centra at the senate made the appeal on Tuesday in Abuja during an interview with Instant Africa News followed a motion on ‘urgent need to revamp the nation’s comatose textile industry’ which he sponsored at the plenary.

He said if the textile industry is revamped, it would raise the nation’s Gross Domestic Product (GDP), which he admitted that is very important and will really assist the country.

“You know there are many people who will be engaged through direct and indirect employment. Farmers will be encouraged to farm cotton, now nobody is interested to farm cotton because there is nowhere to sell it” he added

“That is why if you see my last prayer, I said government should assist the textile industry by making sure we have adequate power. And of course with the present project, we have this Mambila project and we also have gas projects in south south and south east; the government promised to complete those projects may be within this second tenure.

“Hopefully if that one is achieved, am sure the textile industry will be better for it. In fact you people were there and saw that many senators supported the motion and emphasized on this power.

“Power is very important to the survival of the textile industry. So we hope that those power projects will be completed as scheduled, so that we can revamp our textile industries which as I said in the motion is capable of generating 30% of employment” he said.

However, the lawmaker has washed off his hands on the previous money released by the previous government for the revamping of the sector, stressing that going back to dig the past will delay in realizing our aim of bringing dividends of democracy to our people through the sector

“What I am concern about is textile industry, how to revamp them so that we can have employment opportunities for the unemployed youths.

“I don’t want to go back to start investigating what happened because doing that will mean wasting time again. “So we are trying to go forward, that is why I said may be a loan was given before by the government and we don’t know what happened to the loan, but now am calling so that we can move forward” Barkiya said.

It will be recalled that in 2009 the former Minister of Finance, Dr Mansur Muhtar, announced that the Federal Government had earmarked 100 billion naira for the Cotton, Textile and Garment Industry Scheme to be disbursed as loans, out of which 10 billion naira had already been released and another 10 billion Naira had been included in the 2009 supplementary budget for the stimulation and revival of the industry.

It was reported that he informed the former governor of Kaduna state, Governor Namadi Sambo (former VP) when he paid him a courtesy visit.

Why IPOB May Not Hinder 2023 Igbo Presidency