Where Prayer Stops: Religion and the Wealth of Nigeria 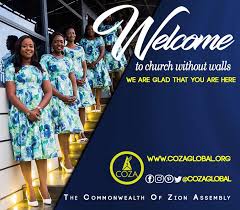 Religion has become one of the fastest ways to make money in Nigeria today. Many who have tried everything else and failed suddenly hear the “call of God” and straight away start churches to begin to collect offerings and tithes from unsuspecting members.

Nigeria is the world’s most populous black nation meaning that Nigeria alone accounts for a good portion of the world black population. It also boasts of a national population of two hundred and ten million and divided into six geo political zones.

Bad governance has made Nigeria the abode of some of the most impoverished people on earth. Politicians capitalise on this situation to make promises they never keep to the voting electorates. So for less than one dollar, people sell their votes during election just to make food available for half a day.

Government has made all kinds of promises to make life better for the poor in Nigerians; it seems however that every move made in this direction is only geared towards making many in government richer.   Who can you blame, while some have blamed the administration of Muhammadu Buhari for not being alive to the responsibility of governing a country in need of change, others blamed it on the “lack of God” in the life of many and so the proliferation of churches begin to tell people to come to Jesus all who are burdened and heavy laden, and he will take care of them. Instead of having them receive Christ, they are drained of their earnings every week.

There are over five hundred thousand churches in Nigeria some major and some minor. Some churches boast of memberships running into hundreds of thousands and others just a few, in all cases the messages are mostly of hope to give the members the impression that tomorrow will be better.

Unfortunately, many of these churches are set up to suck dry the already financially down trodden populace. With the amount of churches in Nigeria and the prayers offered against the devil, he should have packed and left Nigeria by now and everybody in Nigeria would be millionaires. But is this so, prayers don’t make people rich, working smart and hard does. The owners of Facebook, Amazon, Walmart, Microsoft, Dangote and the like cannot not be said to be ardent Christians if Christians at all, but they have through hard work become some of the world’s richest men. The truth about why there are so many churches is simple, money. The amount raised every week in churches in Nigeria is enough to end poverty if evenly distributed among the poor. This is not to be however as many pastors keep these offering, tithes and financial seeds of all kinds for personal use.

When Jesus walked on the face of the earth, he had no house he called a church, his mission was to bring all men to God and upon his departure, he instructed his disciples to go into the world and preach the gospel of heaven to the people of the earth. Monies collected back then under any name was meant to bring succor to the widows, the poor and indigent and above all for disciples to spread the gospel to towns and cities of the world then.

In this dispensation, evangelism which is supposed to the bedrock of Christianity has been pushed to the background and pastors and church owners use monies collected for personal use rather than for the purpose of spreading the gospel. Churches now compete for who has the biggest auditoriums, membership and so on. There are churches with fifty, a hundred thousand sitter auditorium which are filled with over flows at every service. Some run five service and if every one of these members give an offering of just N50 (fifty naira) as offering at these services, do the math and draw your conclusion on how much is gathered.

Rather than help the poor like early stated, they carry out projects like schools, hospitals, farms and other businesses that will yield more money to the church owners. What is more perturbing is the fact that ninety percent of the members cannot access the benefits of these projects. Nearly every church in Nigeria big or small now has an elementary, middle or High school. Others go further to owning universities built with offerings and tithes collected from members many of whom can’t have three square meals every day. Worst still, these churches sometimes use these members as labourers to work on some of these projects and in the end they or their children cannot attend these schools or hospitals.

Billions of naira are made yearly by churches in Nigeria and the pastors are smiling to the bank daily. Little wonder the fierce battle that took place in 2016 when it was suggested that churches begin to pay taxes in Nigeria because of their immense wealth. The proponents of that idea were insulted and cursed by the various Christian organisations in the country and the idea died on arrival.

Where does prayer end and reality begin in Nigeria? At the close of every year, there is a”word from God“according to these pastors that the next year will be the year of opened doors to members’ financial glories and everybody says amen. Come next year though, the state of some the members deteriorate further than the previous year.

The place of welfare in the church in Nigeria has been pushed down the rung of the ladder of importance. In advanced societies, Christianity and Islam have certain responsibilities to the communities. Churches and mosques dole out gifts to the poor every so often, they set up soup kitchens, food bank, clothes bank and so on so that the have nots can feel loved; this is apart from the fact that they pay taxes to government and are basically run as charity organisations which benefits from government grants.

Another query is how many are truly born again according to the dictates of the bible? “Seek ye first the Kingdom of God…” many have resulted to go straight to the every other thing promised to be added without seeking first the kingdom. The immorality inherent in the church is not restricted to ordinary members but to leaders of the church as well. Stories of pastor flirting or sleeping with female members or even having children outside wedlock are abound and most often offerings and tithes are used by these pastors to live lavish lives, living in palatial accommodations, driving the most recent and expensive cars, acquiring aircrafts, wearing clothes and shoes bought with monies that can start small businesses for some members, make international trips under the guise of spreading the gospel.

Prophesies of doom have become another tool used by some pastors to get money from people in Nigeria, they predict death or accident or some other misfortune happening to people setting fear in their minds so much that they will sell everything and pay the pastors for prayers.

It’s about time government begins a proper regulation of the churches in Nigeria and set up some agency that will ensure that taxes and collected from them and community developments are carried out. Proper investigations should be conducted on pastors who are perceived to be living elaborate lives; this will surely expose the wrong done the people by most of these church leaders. Religion a philosopher said once is the opium of the people and indeed so, Christianity in Nigeria has become like a drug sold to members and the pastors have become drug barons sitting and collecting huge amounts of naira to live life large. Nigeria surely needs prayers from true worshippers of God.

Afegbua wrote from the USA